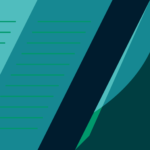 Accreditation as a key mechanism for monitoring the quality of education, requirements and current activities of the Polish Accreditation Committee and other prestigious Polish and foreign accreditation institutions, specificity of accreditation for individual types of studies (including e.g. arts, physical culture sciences, teacher training study programmes, etc.), accreditations in the context of rankings.

UŚ: INAUGURATION OF THE INTERNATIONAL CONGRESS ON QUALITY EDUCATION

UŚ: Conceptualisation of Education Quality and Quality Assurance and Improvement Processes from the Perspective of Different Interest Groups

Organiser: The Jerzy Kukuczka Academy of Physical Education in Katowice, University of Silesia in Katowice.

MŚ: The Influence of Students on the Quality Assurance Process in Education
Chaired by Waldemar Wojna (AMU)

Organiser: The Jerzy Kukuczka Academy of Physical Education in Katowice.

Five years after the adoption of the Act on Higher Education and Science (PSWN Act), it is clearly visible that scientific activity dominates, the results of which in the evaluation process allow for the obtaining a scientific category (on appropriately high categories depend, inter alia, the right to grant degrees, but also the right to establish new study programmes). While the results of the evaluation of the quality of scientific activity influence the teaching activity of higher education institutions, such a reverse relationship has been observed very rarely.

The pragmatics of a higher education institution’s activity shows that the group of academic teachers conducting only teaching activity is being limited; the rational action of university authorities is to favour those employees who combine teaching and research activity, and thus the results of their research activity are taken into account in the evaluation process.

Since the discussion at the National Science Congress, methods for valuing teaching professionals have not been developed. The Minister’s programmes such as Champions of Didactics ( https://www.gov.pl/web/edukacja-i-nauka/informacje-o-programie-mistrzowie-dydaktyki) are merely an attempt to recognize the problem and systemic solutions are lacking.

In the context of the teaching activity of universities, there have also been ideas put forward that contradict the accepted principles of the 2018 reform.

Organiser: University of Silesia in Katowice

1) Roderick Vassallo: WE ARE! Diversity, Equality, Inclusion and Support at the University of Malta Junior College.

Mr Roderick Vassallo, Vice-Principal at the University of Malta Junior College will present the processes involved in the setting up and the running of structures and services at Junior College to promote and support diversity, equality and inclusion. The presentation will explore the structure and functioning of the Student Wellbeing & Support Committee and the Diversity Committee.

2) Dr. Agnieszka Bielska-Brodziak, Professor of UŚ: Equality and Diversity as Values in the Academic World

2) Art, Science and Therapy: The Coexistence of Disciplines in the Service of Uncommon people (Art Therapy – first degree studies)

*Lectures funded by European Funds from the project “DUO – University of Silesia as an accessible, universal and open university”, as part of the Operational Programme Knowledge Education Development 2014-2020

MŚ: The Impact of International Accreditation on Enhancing the Quality of Education: Practical Experience in Selected Disciplines. EU Area Leader

During the debate, representatives of higher education institutions will discuss opportunities and challenges in the area of education quality related to the processes of obtaining international accreditation. Representatives of medical, technical and business universities will share their experience. Topics to be discussed include the implementation of international standards; particularly in the area of education outcomes and increasing the attractiveness and competitiveness of universities and their programmes by means of international accreditations.

Topic: The idea of the EUI in the European educational area, determinants of the national system and challenges of the European agenda, support programmes, recognition models, the EUI as innovative education.

MŚ: How to Teach Creativity? Quality of Education of Young Scientists in Terms of Work in the Innovative Economy Sector [Work&Science Forum]

Panel discussion:  How to Teach Creativity? Quality of Education of Young Scientists in Terms of Work in the Innovative Economy Sector

Lecture: Work&Science in Numbers: Summary of the Job Fair for Young Scientists.

MŚ: Panel Discussion of the Honorary Committee of the International Congress on Education Quality

The title of the presented works of the Department of New Media at the Academy of Fine Arts in Katowice refers to the concepts of the Canadian media theorist and researcher Marshall McLuhan, who was a visionary and predicted the development of technology in the coming decades. The concepts he incorporated in such works as “The Medium Is the Message” and “Understanding Media: the Extensions on Man,” accurately predicted the processes that govern the modern world. One of the concept takes form of the meta-cultural statement that the world we create around us depends on the means by which we transmit information. Hence, it is extremely important that in the process of creating works as well as in education, students should have an awareness of the purposefulness of the means used.

One of the essential distinguishing features of new-media and interactive works is time. The English name time-based media describes very well media works that use the timeline. Very often it is time that builds the narrative, tensions, and climaxes. Understanding the concept of time, using it as an element in the construction of the work (non-linear, based on time loops, nested, rhizome type, etc.) seems to be as crucial to the creative process as the ability to build a clear concept of the work and produce it with a variety of hardware, software or computer codes.

To understand time in new media art, it is crucial to refer to the principles of narratology. It turns out that every static work of art has its own hidden internal narrative, but only moving media have made artists and designers aware of the importance of time for movement in the frame, in interactive, immersive, virtual space when building their connections and messages (codes) for the viewer.

The student artworks of the Multimedia Activities Studio and Animation Studio from the New Media Studio at the Academy of Fine Arts in Katowice, selected for the exhibition, are an excellent example of creative-design processes and the search for new forms of communication with the viewer in the 21st century.

Head of Department of New Media